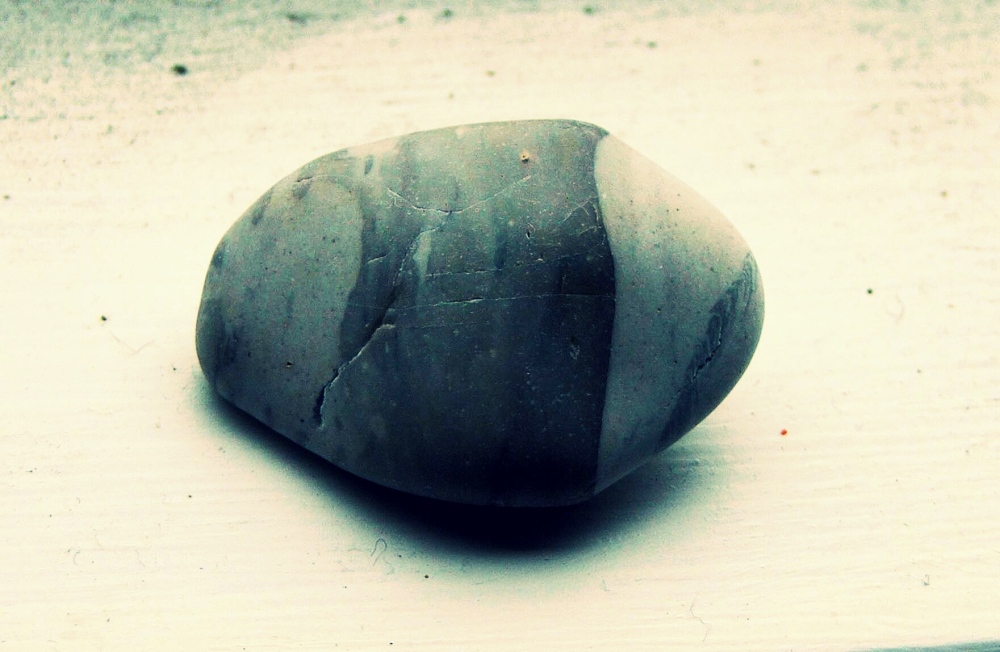 At first glance the difference between a human being and a stone may seem obvious. But the true difference is instructive.
Normally speaking we would say the human being is conscious, and the stone is not.

Let’s examine that a little further.

In non duality, it is seen that our universe is contained in consciousness. (I have gone into this elsewhere, so I won’t repeat here).

Objects are contained within, and permeated, by consciousness.

So now our question “What is the difference between a human being and a stone?” Takes on real significance.

In a stone, consciousness is aware of stone-ness. That is, it’s properties. What seems inert is a matrix of atoms and sub-atomic particles in a constant dance.

What we have here, is the physicists stone. It’s weight, size, shape and temperature are created by and suspended in, consciousness

Now, in a human being, consciousness is aware of human-ness. In a human there is a layer of sensory processing.

In a human, consciousness is aware of the sense of being an individual, with all the vast array of human experience which that entails.

A human being does not think. Complex processing occurs, which is, like all processes, presented to consciousness.

A human being, therefore, is a dynamic confluence of biology and the universal consciousness which creates and underlies it.

The difference between a human being and a stone, then, is essentially one of processing. The stone is part of its environment, but does not possess the sense organs or brain to respond dynamically to that environment.

Evolution makes sense when we see the “purpose of life” as consciousness creatively exploring possibility.

If “What can be” is the question, then the universe is the answer.

Implicit in this, is love. Love  beyond human comprehension, informs every particle of existence.

There is not one, in a figurative sense, but one as an absolute reality.