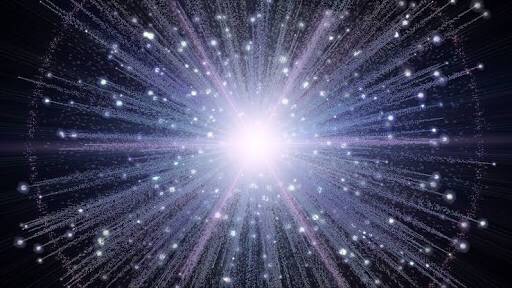 Both science and Advaita Vedanta tell us that before the moment of Creation/The Big Bang, time and space did not exist.

Time and space were created along with the physical universe. Einstein called time and space “Space-time” describing it as a continuum.

Space-time began/unfolded at the moment of Creation/The Big Bang. Therefore there is no “before” this moment.

When the Bible states that “God created man in his image” it is saying that Consciousness creates beings with consciousness.

The  physical laws of the universe are precisely geared to organise matter (ultimately energy) into conscious beings, not just on earth but throughout the universe.

We can speculate and talk about the meaning or reasoning for Consciousness to dress itself up as billions upon billions of apparently separate conscious entities, but the main thing is to recognise the universality of the awareness within us.

Awareness is not within us as individuals, but we as individuals are within awareness. Indeed we are expressions of consciousness.

Viewed in this way the universe makes more sense than if we consider consciousness to be a product of biological evolution. We can see the intelligence inherent within the structure of the universe.

“God” did not create humans whole, or intelligently design us. The intelligence is in the properties of the universe that inevitably lead to Darwinian evolution. This is freedom.

The universe meets itself in the billions of beings as they experience the universe in all its colour, in all its great diversity.

We are that universe.